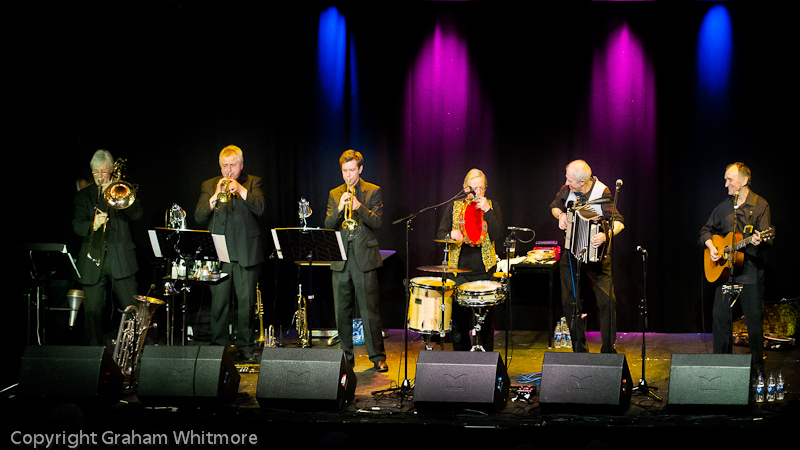 When it comes to traditional British music, there are many instruments that spring to mind. Less obvious is the world of brass, yet as the award winning Bellowhead and Unthanks have proved it’s a combination that can give a whole new dimension to roots music. Yet the acclaimed English bands are not the originators of such an approach. That honour falls to Brass Monkey, a group who came together in the early 1980s with an already impressive pedigree and went on to re-write the rule book.

Still going strong today, original members Martin Carthy, John Kirkpatrick, Roger Williams and Martin Brinsford have been joined by Paul Archibald and Shane Brennan to form a six strong version of the line-up, playing concerts and festivals across the UK.