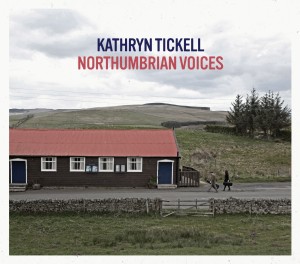 For Kathryn Tickell, the music of her native Northumberland has always been about more than the instruments, the tunes, the songs. It is a culture born from the landscape, the history – and most importantly – the people. It is something that has manifested itself in a career that has spanned nearly thirty years, no matter what aspect of traditional music Tickell has visited since her arrival as a teenager.
Now, however, that element to Kathryn’s music is being explored as never before. Northumbrian Voices is a live show that has sprung from the humblest of beginnings into one of the most ambitious and well received projects of her career. It stemmed from the discovery of a number of cassette tapes, recordings of conversations from key characters from Kathryn’s past and a method by which she had learnt the tunes that would form such a large part of her repertoire. Yet there were more to these tapes than just music, they contained stories of and insight into the past – and future – of the place she continues to call home.

Now the results are available to all in the shape of her new album. Based on the live show, with a few additions to the sound, Northumberland Voices does exactly what Kathryn Tickell had hoped for all along – giving the people who have influenced her music and way of thinking a wider voice. We think they would approve.