“There are far too many theories about music. Steeleye Span know that well, both cognescenti and critics have debated long and hard on what they’ve created. The band themselves quite sensibly dismiss all this and maintain their music speaks for itself.”

The other Steeleye, older, more measured, even stately, yet with fresh impertinence. Peter Knight’s carnival violin leading reels of echoing gothic classics with ‘A Canon be Telemann’. Maddy Prior – the voice, the constant – relating tales of vulpine trickery, false loves and dances in the beyond. A new backline already adept in those olde ethnic rhythms kick on the pace. Play this with the volume up! Disturb the neighbours – why not? This is music. It will endure.” – Simon Jones, Folk Roots 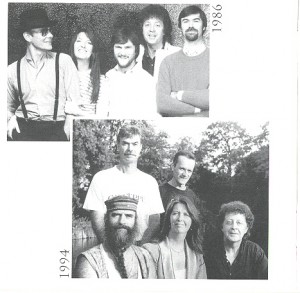